The NMA supports DUI/DWI regulations based on reasonable standards that differentiate between responsible behavior and reckless, dangerous behavior.

Motorists are one of the largest special interest groups in the world. The number of licensed drivers in the United States and Canada – over 250 million – dwarfs the population of most countries.

Drivers’ rights don’t just occur naturally. To protect the driving public from excessive tolls, fees, and fines and to ensure that motorists retain the due process rights afforded all citizens, it takes an organization dedicated to the task. That organization is, and has been for the past 38 years, the National Motorists Association (NMA).

The NMA’s strength as a grassroots advocacy organization – our ability to effectively lobby federal, state, and local governments for change – is derived from our membership. Join the NMA and become an agent of change on behalf of the motoring public. This article explains the basic, underlying tenets of the NMA's position on DUI/DWI laws.

How To Deal With The DUI/DWI Problem

This article details the way that current laws could be adjusted so that enforcement and treatment efforts will be focused on the drivers who are actually capable of causing harm.

This article explores some of the common misconceptions people have about this emotionally-charged issue.

A collection of questions posed by the Connecticut Transportation Committee with answers from Sheldon Wishnick, NMA Connecticut Activist.

This article offers a few specific ways that the DUI/DWI enforcement system could be improved. How To Protect Your Rights During A DUI Traffic Stop

This article shows how to survive a DUI traffic stop with your rights intact. 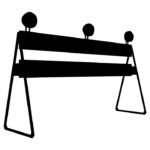 What To Do At A DUI Roadblock

This article explores what a motorist is obliged to do when confronted with a police roadblock.

This is a collection DUI/DWI articles.

This is a listing of several studies relating to DUI/DWI, including information on breathalyzer accuracy.

The current DUI/DWI prevention system is flawed. This article outlines the reasons why the traditional enforcement tactics have not and will not work. Investigative Report on the Unreliability of Breathalyzers

The NY Times determined that these machines can put you in jail based on sketchy accuracy. Don’t trust them.

This article discusses the unintended and negative consequences of the current catalog of DUI/DWI laws. This article goes through some of the more specific aspects of DUI/DWI laws and how the NMA views them.

This is a compilation of links related to the DUI/DWI issue.