The NMA strongly supports the simple but significant concept of slower traffic using the right lane and vehicles in the left lane yielding to faster traffic. 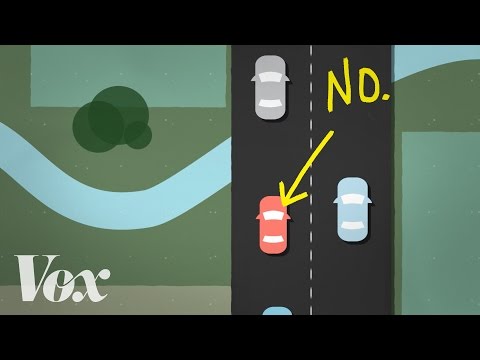 Lead by example
Practice lane courtesy whenever you drive. Tell your friends and family to do the same and explain to them why it’s important.

Write a “letter to the editor” to your local newspaper.
The whole point of Lane Courtesy Month is to raise public awareness about this issue, and your letter will help. Click here to view a sample letter.

If your state already has a lane courtesy law:
Write the commander of your state police or highway patrol and explain to him why enforcing this law is so important.

Motorists are one of the largest special interest groups in the world. The number of licensed drivers in the United States and Canada – over 250 million – dwarfs the population of most countries.

Drivers’ rights don’t just occur naturally. To protect the driving public from excessive tolls, fees, and fines and to ensure that motorists retain the due process rights afforded all citizens, it takes an organization dedicated to the task. That organization is, and has been for the past 38 years, the National Motorists Association (NMA).

The NMA’s strength as a grassroots advocacy organization – our ability to effectively lobby federal, state, and local governments for change – is derived from our membership. Join the NMA and become an agent of change on behalf of the motoring public.

When motorists use lane courtesy every time they drive they will find they are generally safer because they drive with the traffic instead of continuously weaving in and out of traffic. Motorists will save gas and arrive quicker at their destination because they are going with the traffic flow which allows for a smoother ride.  Most importantly, when motorists use lane courtesy there will be less road rage and less overall stress while driving.

The National Motorists Association urges motorists to serve as a role model by keeping right to yield to faster traffic, practicing Lane Courtesy all year long.

This article lists some of the many benefits that you and the other drivers on the road will notice if you practice good lane courtesy.

This is a compilation of resources related to lane courtesy. It includes links to several studies dealing with the use of traffic signs to promote lane courtesy.

While most breaches of lane courtesy are unintentional, some drivers take pride in obstructing traffic. This article goes through the excuses used to rationalize this behavior.

While lane courtesy laws can be useful, they should be used as a platform to promote the concept of lane courtesy and not simply as another way to ticket drivers. 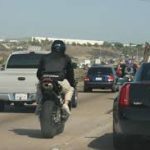 Lane Splitting/Filtering: What Motorcyclists and Motorists Should Know

More states are considering legalizing lane splitting or filtering, which allows motorcyclists to overtake and pass other vehicles that are stopped in the same direction of travel in the same lane. Motorcyclists and motorists need to be aware of their respective responsibilities.

For more detailed information of state "keep right" laws, including links to those laws, see "Lane Courtesy Laws by State"

This is a link to a website maintained by NMA Massachusetts Activist, John Carr. It has a listing of lane courtesy laws by state.

This article reveals that a long-term commitment to education and building public awareness is the key to improving lane courtesy.

What Is Lane Courtesy?

This article explains the concept of lane courtesy, which is better known as "slower traffic keep right." It also includes a short historical perspective on the idea.